In the middle of Lent we pause to reflect on the Cross of Jesus Christ. And we hear again Jesus calling us to take up our cross and follow him. Take up the cross that represents the weight of my ungodly thoughts and actions, the weight of my neglect of the least of his brothers and sisters. Pick up your cross – don’t let it weigh you down any longer. Pick it up so you can follow Christ with it. And as you follow Christ, it will become light and lighter to the point where it simply disappears. That’s the miracle. 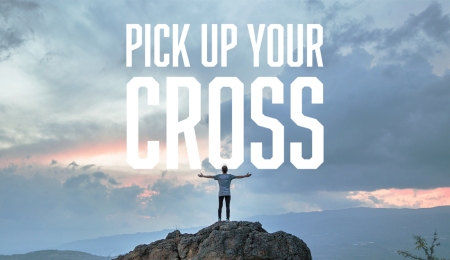 There is a beautiful story of an old man who used to meditate every morning under a big tree on the bank of the Ganges River. One morning, after he had finished his meditation, the old man opened his eyes and saw a scorpion floating helplessly in the water. As the current brought the scorpion closer to the tree, the old man quickly stretched himself out on one of the long roots that branched out into the river and reached out to rescue the drowning creature. As soon as he touched it, the scorpion stung him. Instinctively the man withdrew his hand. A minute later, after he had regained his balance, he stretched out again to save the scorpion. This time the scorpion stung him so badly with its poisonous tail that the man’s hand became swollen and bloody and his face contorted with pain.

Just then, a stranger was passing by. He shouted out: “Hey, stupid old man, what’s wrong with you? Only a fool would risk his life for the sake of an ugly, evil creature. Don’t you know you could kill yourself trying to save that ungrateful scorpion?”

Can you hear Jesus in the old man’s words? “Father, forgive them. They do not know what they are doing.” We are like the scorpion, we know not what we are doing. But that does not change Jesus. It is his nature to save and to lead us to new life. But we have to leave the scorpion life behind. Or, better yet, pick up the scorpion nature and stretch it out for Christ to take and heal it. That is the meaning of our cross. So take up your scorpion, your cross, and follow Jesus. Feel your cross get lighter and lighter as you follow him. It is his nature to heal and to save.