Among the most impressive civilizations in world history were the great Islamic societies of Central Asia, along what were called the Silk Roads. Great architecture and art, literature, technology, scientific and mathematical discoveries were among the trademarks of these societies – in sharp contrast to the common perceptions of Islam that are common in Europe and North America today. 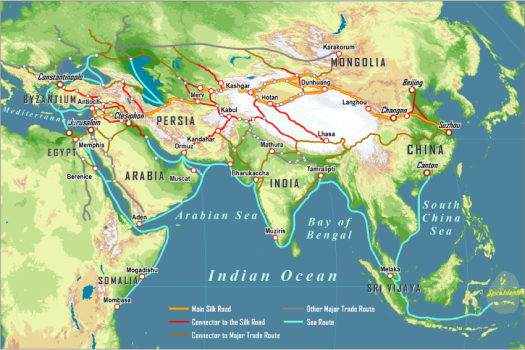 Great philosophers and teachers of spirituality and folk wisdom abounded in those societies. One of the most famous of these was Nasruddin (13th century). He was a popular preacher, but also something of a clown – the Muslim counterpart of the “fool for Christ” in Christian societies. Many stories about him have come down through the centuries are widely enjoyed to this day. I have used some of his stories in past sermons.

Mullah Nasruddin was invited to deliver a sermon. When he got on the pulpit, he asked, “Do you know what I am going to say?” The audience replied “No” – so he declared, “I have no desire to speak to people who don’t even know what I will be talking about,” and he left.

The people felt embarrassed and called him back again the next day. This time, when he asked the same question, the people replied “Yes.” So Nasruddin said, “Well, since you already know what I am going to say, I won’t waste any more of your time,” and he left.

So the people decided to try one more time and once again invited the Mulla to speak the following week. This time they were prepared for him. Once again he asked the same question, “Do you know what I am going to say?” Half the people answered Yes while the other half replied No. So Nasreddin said “Let the half who know what I am going to say, tell it to the half who don’t,” and he left.

So today, those of you who know what the parable of the prodigal son is all about can teach it to those who don’t, and I can finish the Liturgy. Or, do you know what the parable is about? There’s always something new to discover in this beautiful parable that Jesus spoke and which we read two weeks before Lent begins.

Last week we witnessed two men in the Temple, the publican and the pharisee, and two sharply opposite ways of praying. Today also we witness sharp contrasts in how one can pray.

The younger son asks his father for his share of the inheritance. He wants to enjoy it now when he is young, not when his father dies and he will no longer be young. He wants to sow his wild oats, he wants to party. We also are impatient. In today’s world of instant gratification, waiting is unnatural. We want what is ours and we want it now! So we pray for things that we haven’t worked for. We pray for things that we are not mature enough to handle.

The son gets his inheritance and sure enough goes away to a foreign land and spends it all. He is hungry, he can’t even eat what is fed to the pigs! And his thoughts turn to his home. He rehearses what he will say to his father. He will grovel, he will ask to be treated like a slave. 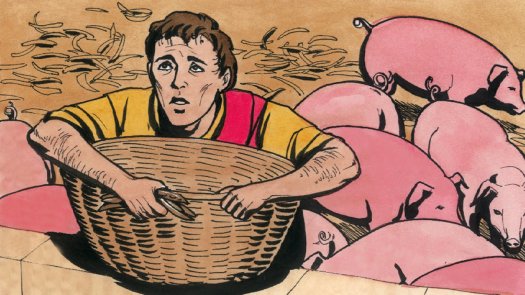 But the father pays no attention to his rehearsed speech. He instead turns to the servants and asks them to dress his son in the finest robe and prepare for a big celebration. 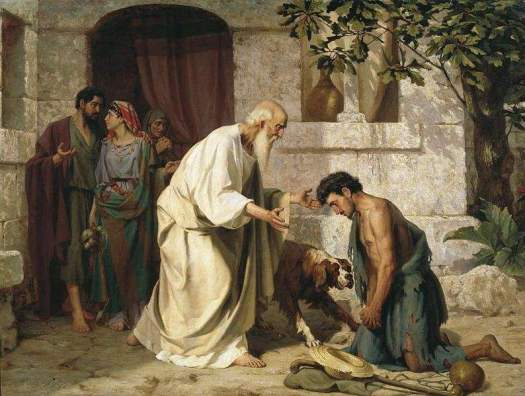 How many of our own prayers are carefully rehearsed? We think that if use the right words, God will grant our requests. And this creates a problem for most of us. Because we don’t know what words to use, we don’t pray! So the father’s lesson to us today is to stop searching for fancy words, stop rehearsing! Just open your heart and be honest in your poverty of words and in your poverty of spirit.

The father in the parable does not listen to the rehearsed prayer of his son. He lifts him up; he doesn’t let him grovel. That’s how God receives us. God does not need long explanations or speeches. God is looking to dress us in royalty.

One Reply to “Don’t be prodigal in your prayers!”