Arvo Pärt is one of the most significant contemporary composers. He is nearly 80 years old now, but his output of extraordinary compositions continues unabated. A few years ago he set to music the opening section of Adam’s Lament, by Staretz Silouan. Silouan (1866-1938) was a Russian Orthodox monk on Mount Athos and was declared a saint by the Ecumenical Patriarchate in 1987.

A superb recording of this work, along with several other of Pärt’s compositions, was released 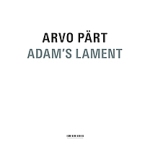 on the German label, ECM New Series, and it is truly worth exploring. ECM is the most adventurous of all recording labels, thanks to the creative vision of producer Manfred Eicher.

‘Music is the centre of my life‘, Manfred Eicher once said. ‘It is the essential core; everything else radiates from it, and to there I always return: to the concert halls, churches and studios. Music is my vocation: recording sessions should have a unique atmosphere that kindles a desire to change something or, if necessary, to make it better, more perfect. For instance, to question things, to depart from procedures devised during rehearsals, things that were good enough in concert, but which change in the solitude of a recording studio, where they are focused on other ears and require transformation.‘

There is a fine YouTube video of a 2013 performance in Toronto.

I love what Pärt says in the liner notes to the ECM recording:

For the holy man Silouan of Mount Athos, the name Adam is like a collective term which comprises humankind in its entirety and each individual person alike, irrespective of time, epochs, social strata and confession. But who is this banished Adam? We could say that he is all of us who bear his legacy. And this “Total Adam” has been suffering and lamenting for thousands of years on earth. Adam himself, our primal father, foresaw the human tragedy and experienced it as his personal guilt. He has suffered all human cataclysms, unto the depths of despair.

Holy Silouan’s writings have great poetic, expressive power; their central message is Love – Love and Humility. All of his texts, everything he wanted to accomplish with his life was concerned with the issue of humility. Yet the true meaning of the term is difficult to apprehend – like marble, its beauty radiates from its depths.

The full text of Adam’s Lament as written by St. Silouan can be read here. Arvo Pärt places huge importance on the texts that he sets to music and he chooses them very carefully. Again, in the liner notes to the ECM recording, he writes the following:

The text is independent of us; it awaits us. Everyone needs his own time to come to it. The encounter occurs when the text is no longer treated as literature or artwork, but as reference point or model.

Without being able to consciously articulate what Pärt says here, this is an excellent description of my own approach to biblical texts. Every biblical text is a “reference point” – and that is why I prefer the “typological” approach sanctioned by Orthodox tradition down through the ages. But that discussion is for another day. 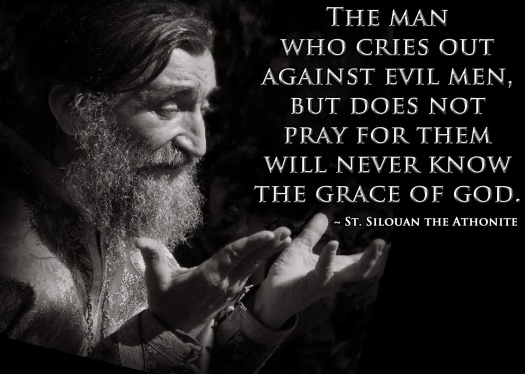 An excellent short collection of some of St. Silouan’s writings, edited by his pupil Sophrony, was published by Saint Vladimir’s Press several years ago. It’s a volume well worth acquiring. It includes “Adam’s Lament” among other writings.

Adam, father of all mankind, in paradise knew the sweetness of the love of God; and so when for his sin he was driven forth from the garden of Eden, and was widowed of the love of God, he suffered grievously and lamented with a great moan. And the whole desert rang with his lamentations, for his soul was racked as he thought, ‘I have distressed my beloved God’. He sorrowed less after paradise and the beauty thereof; for he sorrowed that he was bereft of the love of God, which insatiably, at every instant, draws the soul to Him.
In the same way the soul which has known God through the Holy Spirit but has afterwards lost grace experiences the torment that Adam suffered. There is an aching and a deep regret in the soul that has grieved the beloved Lord.
Adam pined on earth, and wept bitterly, and the earth was not pleasing to him.
He was heartsick for God, and this was his cry:
‘My soul wearies for the Lord, and I seek Him in tears.
‘How should I not seek Him?
‘When I was with Him my soul was glad and at rest, and the enemy could not come nigh me;
‘But now the spirit of evil has gained power over me, harassing and oppressing my soul,
‘So that I weary for the Lord even unto death,
‘And my spirit strains to God, and there is naught on earth can make me glad,
‘Nor can my soul take comfort in any thing, but longs once more to see the Lord, that her hunger may be appeased.
‘I cannot forget Him for a single moment, and my soul languishes after Him,
‘and from the multitude of my afflictions I lift up my voice and cry:
‘”Have mercy upon me, O God. Have mercy on Thy fallen creature”‘.
Thus did Adam lament, and the tears steamed down his face on to his beard, on to the ground beneath his feet, and the whole desert heard the sound of his moaning. The beasts and the birds were hushed in grief; while Adam wept because peace and love were lost to all men on account of his sin.
Adam knew great grief when he was banished from paradise, but when he saw his son Abel slain by Cain his brother, Adam’s grief was even heavier. His souls was heavy, and he lamented and thought: ‘Peoples and nations will descend from me, and multiply, and suffering will be their lot, and they will live in enmity and seek to slay one another.’
And his sorrow stretched wide as the sea, and only the soul that has come to know the Lord and the magnitude of His love for us can understand.
I, too, have lost grace and call with Adam:
‘Be merciful unto me, O Lord! Bestow on me the spirit of humility and love’.